Will Diet Pills Assist You In Your Weight Loss Goals? 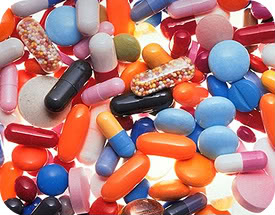 It’s common knowledge that exercise and proper diet is the greatest way to lose some weight. The trouble is that many people repeatedly use diet and exercising together and end up without any lasting success in weight loss goals. Even so, we’re aware that it’s important to continue to get rid of our extra few pounds, for our state of mind as well as our physical health. The question is, do diet pills really help us achieve our weight loss goals?

We know these pills are not magically shedding pounds off people without any effort, but a small amount of people do seem to think these pills are helpful in addition to a diet and exercising program. Out of 2,800 people who were able to lose 30 pounds or more and keep the weight off for more than a year, only 40% of the subjects in the study used diet pills. Some people use diet and exercise to lose weight and then use diet pills to keep it off.

Sometimes diet pills do help people in the short term, the weight does usually return after they stop using the pills, even with a person’s best efforts used to maintain the weight loss.
It’s like giving a person diagnosed with high blood pressure medication to lower it. The medication will work but the blood pressure will rise again if they stop taking their medication. Whether we’re talking either blood pressure or weight loss management, one thing remains true: It’s difficult to override our body’s strong maintenance system, even when it is not always in our best interests.

The FDA, the Food and Drug Administration, considers obesity drugs different than other drugs, and therefore treats them differently. Several prescription obesity drugs have been approved for short-term use only, and that is to last only a few months. There are only 2 prescription-based drugs that have been FDA-approved for longer-term usage for losing weight. These 2 longer-term medications are only meant for significantly obese people.

Sibutramine (trade name Meridia) increases the rate of metabolism and affects serotonin along with other neurotransmitters. People often report that they feel full as well as more energetic. Sibutramine may increase a person’s blood pressure, so people with hypertension must not use this. Additionally, blood pressure levels must be monitored regularly while using this medication. People who have heart disease, have had strokes, or heart rhythm disturbances need to avoid the prescription medication. Nor may this medication be used in combinations with decongestants, bronchodilators (which is used for asthma) or MAO inhibitors (depression medications). All this, and it’s not really very effective in the long haul. The FDA found undeclared as well as unapproved sibutramine in a few specific dietary health supplements, which prompted voluntary recalls.

Orlistat (trade name Xenical) has only achieved mild weight loss when helping people in studies. The medication stops the action of lipase, which is an enzyme within the intestine that breaks down the fat. Because of this, 30 percent of the fat that’s eaten is not absorbed and is then excreted within the stool. It may cause gastrointestinal issues, including a large amount of gas, an oily discharge as well as often having bowel movements. The FDA has approved Orlistat in lower does for over-the-counter purchase and use by adults (under trade name, “Alli”). It’s the first and the only over-the-counter diet medication to gain the FDA’s approval.

Be Wary Of Over-The-Counter Solutions

Today, there are many weight-loss diet medications available that require no prescription. These are still medications, whether they’re herbal, “natural” or approved by the FDA. Be very careful if you’re going to try these alternatives. Don’t use them with other medications, including other dietary medications, and be sure to speak to your doctor beforehand. Many of these drugs may have effects on your health that you may not be prepared for. Some don’t even work, despite what testimonials might say.

Some common, or once-common, over-the-counter diet medications, including some which are now restricted:

Phenylpropanolamine (PPA)
PPA once was an ingredient active in decongestants. It suppresses the appetite mildly and the effects don’t last long. It should never be combined with any other decongestants, and it may increase the risk of having a stroke or raise a person’s blood pressure. Once PPA studies found it was associated with increasing the risk of a stroke, PPA became available only with a prescription, in the United States.

Ephedrine (ephedra or ma huang)
Ephedrine is a component found in adrenaline. It may cause increased blood pressure, rapid heart beats, and even psychosis as well as seizures. Its use has even been attributed to some reported deaths. Do not use Ephedrine. After FDA restricted PPA, many dietary pill makers reformulated their particular products with ephedra. Even so, dietary supplements which contain ephedra are banned within the U.S. since April of 2004, when the FDA determined ephedra posed a risk to users that was unreasonable.

Chitosan
Chitosan is a component from shellfish which is considered to be a “fat trapper”. Studies have shown that this drug traps your money rather than your fat. Don’t bother with this one.

No matter what, exercise is very important.

Although drugs like diet pills may help with a person’s weight problem, the best method is exercise. It’s extremely hard to maintain your weight loss without exercising. And regardless of your weight, other health benefits are worth it.

Set goals. Wear a pedometer to record just how many steps you walk each day. If you walk about 3,000 steps each day, you may try to increase each week or so by 500 steps, and keep going until you reach about 8,000 – 10,000 steps per day. Don’t get disheartened. When your exercising becomes habitual, you’ll understand why it’s better than any “pill” and why you’ll want to keep going every day for the rest of your life.

No single plan fits everyone, so ask a professional trainer at a studio for advice in finding one that will work for you.
Sign Up For Your FREE Trial Today